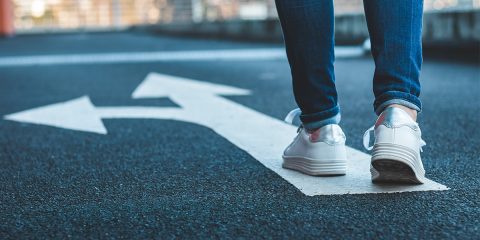 Marketers have long known that consumers are not always the most rational when it comes to making decisions, so they have developed numerous techniques to influence them. The field of Economics was relatively late to the party, it was only with the birth of Behavioural Economics in the 1960s and 70s that the foibles and biases of the human decision-maker began to be taken seriously. Here I would like to introduce a couple of my favourite concepts from Behavioural Economics and discuss how they relate to marketing.

What does Time Consistency mean? This is tricky to explain, but in a nutshell it means the following: A person is time consistent when they make a plan to take action at a specific point in the future and then when that time comes around they actually do take the action as planned.

Examples of time inconsistency are so widespread, it is surprising that anyone in academia ever talked about time consistency. However, patterns of inconsistency vary and the best strategy of the marketer varies with those patterns.

Let them eat cake (or chocolate)

To illustrate different types of inconsistency I will use a personal example, hopefully my wife will forgive me. My wife and I both enjoy chocolate, but before we lived together, she had never kept any at home, while I had always kept some and would often even leave it in the cupboard until its expiry date. For both of us the ideal scenario would be to eat a small amount of chocolate every day – but when we moved in together, my chocolate stock was quickly empty. What is happening here? My wife and I are both guilty of time inconsistency, but in different directions. My wife wanted to eat a small amount of chocolate every day, but she places more weight on today relative to any future date and eats everything today, leaving nothing for the future. I, on the other hand, always think tomorrow will be a better day to enjoy the sugary goodness and put off eating it until the next day since I put more weight on tomorrow relative to today but the process repeats and I never eat the chocolate.

I will point out that my wife is smart or what academic literature refers to as a “sophisticate”. A sophisticate recognises that they will take a sub-optimal decision tomorrow, so they take an action today to limit their choice tomorrow. My wife stopped buying chocolate because she recognised that if she had it at hand tomorrow, she would eat tomorrow. In contrast, a naïve consumer believes they will act optimally tomorrow so they would never choose to limit their options in the future. The classic example of naïve time inconsistency is the smoker that repeatedly claims they will give up smoking next month.

Lessons from Time Inconsistency for Marketers

The first lesson from the literature on time inconsistency is that most people are similar to my wife, they tend to prioritize the present relative to the future. The main implication is that it is likely to be beneficial to keep the time between the purchasing decision and enjoyment of the product as low as possible. A campaign for a product that will become available with delay is unlikely to be successful among present-biased consumers. A wider implication is that online retailers will not replace bricks-and-mortar stores in the near future, at least until they can reduce delivery times enough to compete with the “now” experience obtained in a store. Here we can contrast music retail, where the immediate delivery of a digital product is already available, with clothing retail, where there are limits to how fast products can be delivered. For example in the UK in 2019 almost three quarters of effective album sales were served digitally, while internet sales accounted for less than 20% of clothing retail revenues.

The next lesson is that patterns of inconsistency vary across consumers and the type of consumer (present-biased vs. future-based, naïve vs. sophisticated) can be identified through their behaviour. Through the intelligent use of consumer data, the timing and type of marketing sent to the consumer can be optimised. Take for example naïve present-based consumers, such individuals will tend to have difficulty saving and as a result their spending will tend to be concentrated on the days after receiving income. If a customer regularly purchases in the last calendar week of the month one can assume this is when their pay check arrives, marketing should be timed to match this period and offer products that are immediately available. A future-biased consumer shows an interest in buying but continuously delays their purchase, they can be expected to regularly open marketing emails but rarely purchase. To such consumers time limited special offers or a planned purchase in the future are likely to be attractive (e.g. order now to guarantee delivery next month).

Whenever a marketer is deciding on the content and structure of what their customer sees, they are framing the decision. The traditional view of the consumer in Economics (before Behavioural) assumed that when people choose a product they are making the best choice they can, the subtle (and not so subtle) ways that marketers influence people is clear evidence against this view. An example that any consumer will recognise is the left-digit bias. Why are so many products priced at €2.99 compared to €3.00? Because the one cent reduction from a round number plays a larger role in influencing the consumer to buy than a one cent reduction at any other price. Left-digit bias is present in other domains too, from personal experience the difference in feeling of success from running a half marathon in 1:30:04 as opposed to 1:29:54 was completely out of proportion when I objectively look at it as only 10 seconds out of 5,200.

The list of documented ways that the choices of consumers are subtly influenced is long and I do not have the space to go into them all here, but I will introduce one of my favourites, the decoy effect. To illustrate I will use an example from the book “Predictably Irrational” by Dan Ariely (which I highly recommend). The example is a bit dated but it makes the point. Consider the following offer for The Economist magazine:

We have two subscription options for the magazine, online only for $59 or online and print for $125. I am going to assume you prefer one of the two options. The decoy effect shows that by introducing another alternative to your choice, even one that you would never choose when the original two are available, it is possible to manipulate the preference toward one of the original options.

Now consider the offer below, this, in contrast with the previous choice was a genuine subscription offer:

Now in addition to the two previous offers there is the option of a print only subscription for $125. When evaluating these three options most will agree that they would not take the print only option, the print & web subscription is available for the same price so unless web access has no (or a negative) value to you, it will be preferred. The print only option is the decoy, it is not the product The Economist wants to sell, but serves to point the potential buyer in another direction. The traditional economist’s view would say that whatever your choice was in the first scenario, it would be the same in the second because the print option is effectively irrelevant. Ariely, however, has shown, with this choice experiment and others with a similar framework, that introducing a decoy leads people to show a stronger preference towards the option that clearly dominates the decoy.

Why would this happen? The academic literature is not definitive here but many of the observed framing effects are consistent with people relying on heuristics, rules of thumb that simplify the choice making process. Faced with the first choice the evaluation can be difficult, maybe you prefer reading a print magazine to reading online but it is difficult to put an exact value on that preference. With the print option added part of the decision process is easy, the print & web subscription is clearly better than print only. The choice between web only and print only is trickier, you still need to evaluate in value terms how much more you prefer reading from a print magazine to reading online. A simple rule (heuristic) you could follow in this scenario is to select the alternative that is never the (clear) worst on any attribute, so the print & web option.

Lessons from Framing Effects for Marketers

The decoy effect is one of many different framing effects, but the main lesson is general and will be of little surprise to most marketers: How you display choices and information to consumers does influence decisions. Consumers often seek ways to make complex evaluations simple and the marketer can speed up their path to a decision by providing the right input for the choice. However, there is a tricky balance to be maintained. Make the choice too simple and the potential customer may go looking for options elsewhere, make the choice too difficult and they may never reach a conclusion. In our simple decoy effect example the number of potential heuristics was limited, however when faced with an extensive product choice typically found in a store or online shop the choice of rules to follow is endless. Examples include the following, with the bias associated with the heuristic in brackets:

The marketer can appeal to all of these biases and more, the question is which is the most effective. The answer can only come from extensive testing. Online retailers have a real advantage here in their control of the frame, specifically their ability to vary the information displayed to individual customers and to track their decisions. With the information won from this testing, the match of customer to marketing material can be optimised to ensure the success of future campaigns.